2019 a harrowing ride on the ag & food rollercoaster 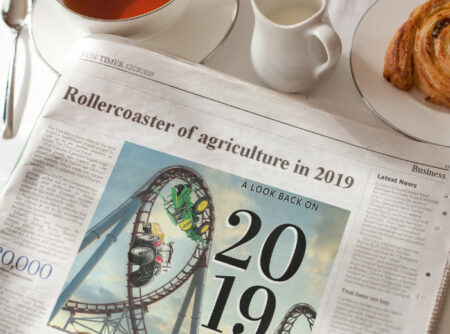 While the screams elicited from those clutching their seats were not of terror or excitement, but rather of shouts of frustration or just heavy sighs of the bone-weary and exhausted, the weather in many places caused untold anxiety and stress in 2019. From fires and drought in Australia to floods in the USA and Europe, to the early and frequent snowfalls in Western Canada, the weather of 2019 has truly tested the patience of farmers around the world. Undoubtedly, many would have appreciated being able to slow the ride down and get off at some point along the way.

These extreme weather patterns highlight the delicate balance between nature and food production, illustrating just how crucial the funding is for the research and development of new feed and food crops. Without innovative crop research to endure our changing climate, millions more would annually join the list of 820 million food insecure.

This past year innovations and advancements continued, providing benefits across the supply chain. Research on sorghum, utilizing synthetic biology resulted in the ability to increase the protein digestibility by 21% and further increased grain protein by 37%. This has significant potential for the livestock sector, where sorghum is a common livestock feed ingredient.

Developing countries also responded to their farming sector. In November, Thailand banned glyphosate, yet reversed this decision within a week, due to concerns raised by farmers.

Not only was it farmers in developing countries voicing their concerns, but farmers across Europe also took to the roads and streets with their tractors to protest a variety of concerns. In October, Dutch farmers used their tractors to protest new environmental regulations on nitrogen emissions. In November, farmers in Germany and France similarly took to the roads in protest. German farmers protested a new agricultural policy that has increased environmental protection requirements, while French farmers protested new agricultural policies, some targeted at phasing out some farm chemicals, including the popular, safe and effective, glyphosate. Tens of thousands of farmers were involved in these protests.

In spite of all the challenges faced throughout the past year, as we settle down to enjoy our holiday meals with family and friends, there is one certainty. Hard work by farmers and the food industry are responsible for the wide variety of delightful and delicious dishes we will enjoy. I’m immensely thankful for the long and challenging days that farmers and producers around the world have spent in the process to harvest their crops and rearing livestock, providing the ingredients for the foods I’m planning to enjoy over the coming holiday period.

As 2019 draws to a close, I’d like to take a moment to acknowledge those that make these blogs possible. A huge thank you to Savannah Gleim, whose skills and talents keep SAIFood looking fresh and new. To Chelsey Sutherland for her informative series of blogs on how a new crop variety is developed. Finally, a thank you goes out to my summer student Claire for her work and to my ag policy students who invested a bit of extra effort beyond the classroom and made revisions to their blog assignments, resulting in them being published.

I’d like to wish everyone a very Merry Christmas and a very prosperous New Year. 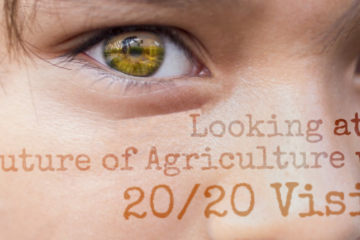 The politics of progress Change frequently makes us uncomfortable. Some adjust easier than others do. Some embrace change, while others shun it. Generally, we tend to welcome changes that improve our daily lives, such as Read more… 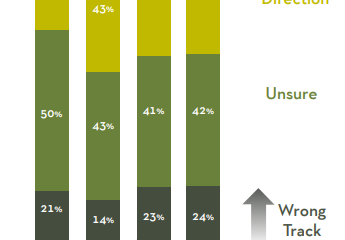 The Public’s Trust is a Precious Gift

Canada’s food system working to gain trust In the food system, whether its farmers, retailers, or researchers, the public’s trust is vital and a precious gift to receive. Through hard work, the Canadian food system Read more…