In December 2020, Mexico’s President Andrés Manuel López Obrador publicly declared that Mexico would ban all imports of genetically modified (GM) corn (or maize as it’s referred to in Mexico), stating that GM crops are poisonous to humans. Bundled into this decree is a ban on the use of glyphosate. These measures are to fully come into effect in 2024. Despite assuring US Agricultural authorities twice (first in March 2021, and then again in October 2021) that Mexico’s GM corn ban only applied to corn meant for direct human consumption, there is now a renewed push for Mexico to ban GM corn at any point in the supply chain. A year after publishing a vaguely worded Presidential Decree, Mexican authorities have not clarified whether they will stop the import of GM corn and rely solely on domestic corn production to supply internal demand. A tall order, given that in 2020 Mexico imported 17.7 million metric tons of yellow corn from the US, up from 16.5 million metric tons the previous year, accounting for over 86% of Mexico’s domestic corn needs. Potential economy-wide implications have been discussed in a previous blog; and this week, I will discuss our new article on the economic loss that Mexico will incur by banning GM corn imports, which have now been estimated. The article is available here.

Yellow corn is the main component of chicken feed in Mexico, whereas white corn is used to produce human food products. Practically all of the yellow corn needed for chicken feed is imported from the US. For reasons beyond economics (and seemingly, common sense), Mexico has decided to close the door to US yellow corn because it is GM. How will Mexico supply the 86% yellow corn deficit it has created? The solution proposed by the Mexican government is to convert all domestic corn production to agroecology techniques. Agroecology is a term that refers to any number of agricultural production systems that do not use artificial inputs, particularly fertilizer and chemicals for weed control. Agroecology, corn yields are, on average, 31% less than conventional corn production practices.  The government decree states that all the farmers in the entire country can only produce yellow corn using agroecology with its 31% reduced yield, when Mexico currently imports 86% of its yellow corn needs, is going to devastate livestock feed markets and meat production facilities.

Total chicken consumption can be seen in Figure 1. Of the total animal protein consumed in Mexico, chicken meat represents 38.8%, making it the leading source of protein. In 2016, per capita, chicken meat consumption was 26.5 Kg, and its price represented 8.5% of total household food expenditure (full report here). The OECD also reported that consumption of chicken has tripled since 1990, and by 2025 it is projected to increase by another 10%.

Prices for chicken feed vary significantly by region in Mexico. Production costs depend on the feed formula being used, which in turn depends on the developmental stage of the bird. According to the OECD, the main three ingredients of chicken feed in Mexico are yellow corn, sorghum, and soy paste.

Notes: Based on data from OECD and SNIIM .

Feed represents two-thirds of total production costs. Assuming that chicks are raised for five weeks and that each week they consume 454 g of feed (2.27 kg total feed), it currently costs US$3.36 worth of feed to get a chicken to a marketable weight. If the import ban is enacted, the price to feed a chicken for five weeks is likely to increase to US$4.10. Some of this price will be absorbed by producers, while the rest will be passed on to consumers. Assuming producers pass on 50% of the increase (and this is a huge assumption), consumers will now have to pay an extra US$0.37 per whole chicken (about 6 lbs).  How will consumers cope with this price increase?

It’s important to place this price increase within the Mexican wage context. In Mexico, the minimum daily wage in a city is 213 pesos or US$10.46 (February 2022 exchange rate), and in rural areas it’s 148 pesos or $7.28. This is a significant increase that will hurt consumers; this small increase of $0.37 passed onto an individual or household represents between 3.5%-5% of their daily wages.

Banning GM corn imports is not a net positive move for Mexico or its people. The country known for domesticating corn has now decided to abdicate its role as a corn innovator. This decision will be costly. How will consumers react to this price increase? Especially when things are not great to begin with, as Mexico assesses the economic hit it took because of the pandemic. Mexico is presently ranked 46th in terms of global food security and the Presidential Decree will worsen food security in Mexico. 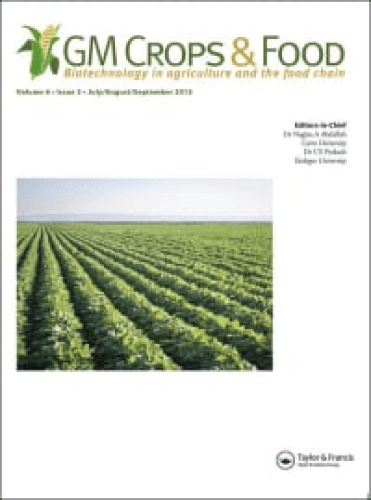 In the fall of 2017, Diego began working with Dr. Smyth as a Research Assistant. Diego has assisted Dr. Smyth with the elaboration of a technical report on the governance of ‘Digital Sequence Information’ and more recently, with Dr. Smyth’s focus on social network analysis. Diego has also actively been involved with the ongoing surveying of experts around the world to obtain a better understanding of new genome editing techniques and their implications for modern agriculture.In the fall of 2021, Diego began his Ph.D. Programme in Environmental Science and Technology, at the Universitat Autònoma de Barcelona. His plan is to model the urban food system and explore avenues to make it more resilient to potential shocks. In addition, he is looking at the environmental footprint of doing. While we miss him greatly, we are excited to see what research he is taking on and hopefully continue to collaborate with him in the future.Before joining the Smyth research team, Diego completed his M.Sc. in Agriculture Economics in 2016, on 'Ex-ante impact assessment of genetically modified maize adoption in El Salvador'.
View all posts by Diego Macall