New markets may be key to Canadian canola success

By now, most have heard in the agriculture industry, about the trade dispute between China and Canada over Canadian canola. In March 2019 China banned canola seed from two of Canada’s major exporters; Viterra and Richardson, stating they had discovered pests in the seed (Siekierska, 2019).  On the prairie’s, canola is a major cash crop, and China’s ban on Canadian canola imports has created challenges for farmers. Nearly 50% of Canada’s canola is exported, the ban decreased Canada’s exports from 10.8 Mt to 9.1 Mt and caused the price to drop from $539/t to $497/t, forcing producers to have a harder time selling their crop as well as taking a decrease in price (Agriculture and Agri-Food Canada, 2019).  The ban also has affected the Canadian economy, as canola products account for $27.6 billion annually and makeup 250 000 jobs. China makes up for about 40% of Canada’s canola exports, 40% that now needs to be reallocated elsewhere (Evans, 2019). The best way to make up for the loss of China, in my opinion, is to find new countries to trade with that have growing workforces that could help in processing the seeds. India and Pakistan are two reasonable markets to target.

If there is one country with the untapped potential to be a major market, it is India. According to Statistics Canada (2019), Canada exported nearly $4.3 billion worth of goods in 2018 to India which is about 1.1% of Canada’s total exports. Over the last four years, Canada’s exports to India have grown from $3.2 billion to $4.3 billion (Statistics Canada, 2019). The majority of India’s imports from Canada are comprised of lentils and fertilizer, however, they did import a small portion of canola, only 2600 tonnes (Canola Council of Canada, 2018). The reason India is very attractive to trade with is its fast-growing economy and population. A growing population indicates that India is going to need food and jobs for its people and Canada can help offer that by trading canola seed. Canola seed needs to be crushed to create canola oil; this requires crushing plants and employees. Canola oil is a popular oil used in food production as well as other non-food products such as biodiesels and bioplastics. India’s cooking habits already require large amounts of edible oil, mainly consuming sunflowers, soybeans and palm oil. However, their oil consumption is expected to increase presenting an opportunity for Canadian canola producers, as India’s own oilseed production is not able to meet the countries demand (Jat, 2019). Convincing India to import more Canadian canola seed would not only help Canada deal with the loss of the Chinese market but also help India deal with it’s rapidly growing population.

A more unique market option would be Pakistan. Pakistan is an emerging market for oilseeds, as they are searching for oilseeds to supply their production plants (USDA, 2019). It is a trade opportunity that could work for both countries,  Canada would export the canola and Pakistan would receive the oilseeds to supply their refining plants and produce oils. Another important factor is that Canada already does trade with Pakistan in the agri-food sector (Government of Canada, 2019). The fact that we already have a trade relationship helps in getting into the potential market surrounding oilseeds. While Pakistan may not be a huge market for Canada right now, it has the potential to grow into an important market.

Where do we go from here?

As Canada’s canola industry searches for ways to mitigate the loss of the Chinese market, some interesting solutions have been presented. Some people want to increase the number of crushing plants’ so that Canada is producing the oil instead of just the seeds. The potential risk with this is, what if the Chinese reopen the market and we struggle to generate enough supply to keep our own plants running. Others want to wait for China and hope it gets resolved. What if it does not get resolved, and producers are losing profits every day. I believe the best way for Canadian canola to succeed is to look for better trade partners, with India and Pakistan being the new focus instead of China. 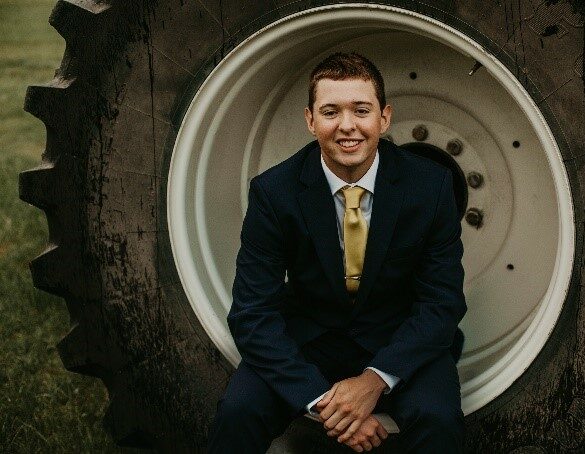 My name is Evan Bronner, I am a second-year Agribusiness Degree student at the University of Saskatchewan. I grew up in Arborfield, SK on a family grain farm. Our family farm grows a mixture of canola, wheat, barley, oats, peas and alfalfa. I enjoy baseball, hockey and being outdoors.