The dawning of a new age in the relationship between science and society?

Science is a leading factor in economic growth. New research leads to new products or ways of doing things, which are demanded by us as consumers. Knowing that consumers continuously demand and expect new products to be introduced is one reason why governments invest in new scientific research. Essentially, creating a continuous cycle of demand, investment, innovation, product commercialization and adoption.

In the decades that followed World War II, science garnered very high levels of social trust. By the 1960s social perceptions began to shift, society’s trust and open acceptance of science began to decline. One reason for this decline was the growing use of nuclear energy. Over the subsequent decades, social trust continued to fall, and coupled with increased use and popularity of social media, social media became a catalyst of growing social mistrust in science.

‘Social license’ in recent years has become an increasingly common term used in relation to science and innovation. Definitions vary widely. On the smaller scale ‘social license’ may require a local community’s approval on large development projects, such as mines or pipelines. While the a broader scale views social license as society’s need to grant approval to the scientific innovation prior to it being commercially available, despite governments thorough risk assessment and approval. 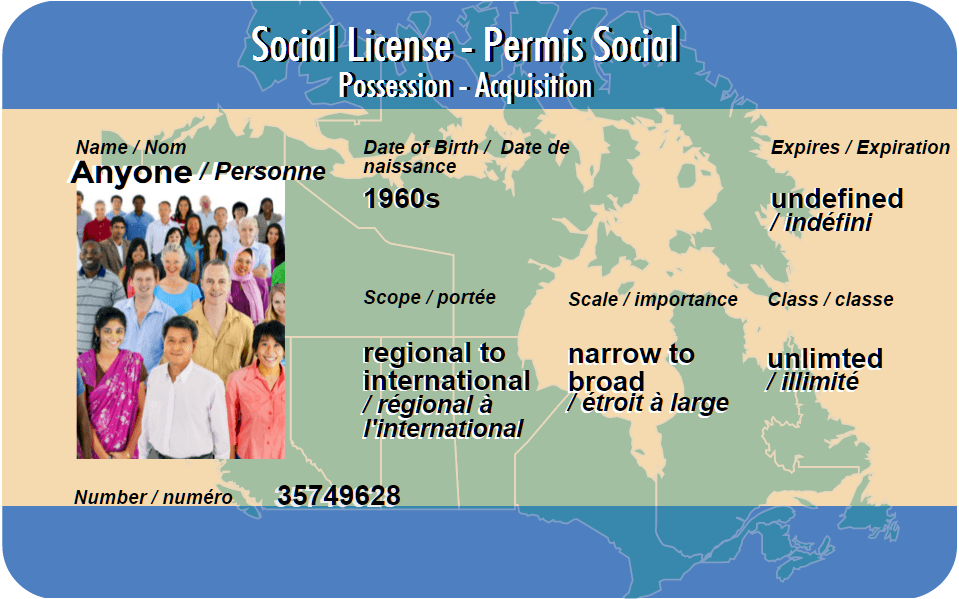 The present challenge between social license and agriculture is whose voice(s) to listen to? Should developers of new ag technologies listen to the farmers who are the clients that buy these new technologies, or the broader public which consumes the ultimate food products? Or perhaps both voices be listened to? In this case, how does the technology developer find a balance and compromise?

Social license has become an opportunity for those opposed to a technology to be vocal and active in the expression of their opinion. While the vast majority of those that adopt and support the technology remain silent, the so-called silent adopters.

So what’s the solution? Agriculture can, and should, do more to communicate about how our food is produced. Consumers should have the opportunity to hear more farm specific stories about what farmers do to produce the food consumers eat. A good example of this is the recent production by SaskCanola of the information video ‘License to Farm’. The more stories that the agriculture industry can share means that when consumers are interested in learning more about the topic, they can easily find the voice and facts from those who produce and handle their food each day.

It is my opinion that social license application to agriculture should be about sustainably producing more food and in assisting the transfer of technology to developing countries. Social license should not be used as a rationalization to hold ag innovations hostage to the whims and demands of a vocal few.

What can we do to ensure that social license is narrowly applied? We can start by sharing our own stories and blogs like these. SaskCanola and many others like Sarah Schultz (@NurseLovesFarmr) take an active role and sharing the story of agriculture, it’s time the rest of us join them. To start, share this blog, take up a conversation with others, be vocal on social media, or share your thoughts and stories with us in the comments below. Because, whose license is it anyway? It’s yours!