The tobacco industry is one of the most debated and controversial components of the world’s economy. To understand the controversy, we first must take the perspective of both those who support the industry and that of those who oppose it. Starting with the supporters and the industry’s explanation of itself, it is nothing more than a producer of a legal product enjoyed by adults who are fully aware of the risks associated with the product and freely choose to consume it (Bates & Rowell, 1998). The supporter’s counterparts do less beating around the bush; the tobacco industry is a predatory industry with specific intentions of targeting youth. After consumers associate positive attributes with its products, it then traps consumers by having them develop an addiction and dependence on nicotine, a highly addictive chemical compound in tobacco plants, thus providing stable cash flow to the industry. The smoker is then highly subject to a variety of illnesses and diseases which increase the chances of death, and the cycle will then repeat after the smoker has died (Bates & Rowell, 1998).

The main beneficiaries of tobacco production are the economies of those countries that produce it, the largest producers being China, Brazil, India, the USA and Japan. Together they produced over 6.337 billion USD worth of tobacco in 2016 (Shahbandeh, 2020). While the quantity of beneficiaries is rather small, keep in mind the size and importance of an economy to a country.

The tobacco industry is a key global employer, providing over 100 million jobs between production, hand rolling, manufacturing, and distribution, sales and promotion of its products (International Labour Organization, 2003). To put it into perspective, it makes up 3% of the 3.3 billion people employed globally (Schlein, 2019). Furthermore, 80% of these jobs are in developing countries.

Governments take advantage of nicotine’s addictive properties, which results in a rather inelastic demand curve for tobacco products. Since it has this inelastic demand curve, governments implement and raise taxes on such products, providing a reliable and stable source of revenue. In 2018, Canadian governments (provincial and federal combined) received $8.3 billion in tax revenue from the sales of tobacco products, which translates to 1.5% of total tax revenues or 1.1% of total government revenues (Callard, 2019). Arthur D Little International, a consulting firm out of Massachusetts, calculated that smokers saved the Czech Republic more than 100 million euros a year in healthcare costs due to premature death and not drawing a pension (Kmietowicz, 2001).

However, further research on data for the effects of tobacco on economies gets rather contradictory. The inconsistencies to this data largely come from the World Health Organization (WHO), which, according to its website, claims that the annual tobacco economic cost is $1.4 trillion which is traced to healthcare expenses and lost productivity (WHO, 2020).

The harm from tobacco production seems to be much clearer than the benefits are. Starting with individuals, consumption of tobacco products exposes the consumer to a large list of negative health effects; too extensive to state the specific effects here. To summarize, smoking harms nearly every organ in the body and can cause cancer, heart disease, stroke, lung diseases, diabetes, chronic obstructive pulmonary disease; just to name a few (CDC, 2020). Note that this is for the smoker and doesn’t take into account the effects that second-hand smoke can have.

The environment is also not safe from the tobacco industry, as tobacco farming promotes deforestation (Tobacco Atlas, 2019).  The World Health Organization claims that in the mid-1990s, over 60 tobacco producing countries experienced an annual average of 2124 ha of deforestation, which represented about 5% of global deforestation (WHO, 2017). The reader should be aware that proponents of this argument also argue that it utilizes harmful chemicals, which introduces a new debate on the impacts pesticides have on the environment which is a discussion for another time.

Tobacco products also provide large amounts of waste in the form of packaging and cigarette butts, which can harm the environment if not disposed of properly. Between 340 and 680 million kilograms of waste is generated every year, and while the amount of waste that is or isn’t properly disposed of is not clear, smokers evidently struggle to adequately get rid of their butts (WHO, 2017). Cigarette butts have made up 30-40% of annual waste picked up international urban and coastal clean-ups. Proper disposing of cigarette buts cannot be over-emphasized, as a butt has the potential to spark a forest fire in the right conditions.

The tobacco industry is a difficult industry to form an opinion on as the benefits of it seem to be blurry. If the industry really does save economies more money than it costs, then the question remains; are economic benefits worth the cost of hundreds of millions of consumers’ health? It is worth noting that consumers are freely choosing to destroy their health (not to mention their wallets) on their own and not being forced to. However, it not be easy to cut out such a large part of numerous economies across the world. Millions of people rely on tobacco production as part or the entirety of their income, so how would their income be replaced if it was phased out? Furthermore, governments would essentially be cutting off their own revenue, as they would need to provide significant aid in the ridding of the tobacco industry. As it stands today, the tobacco industry isn’t going away in the near future. 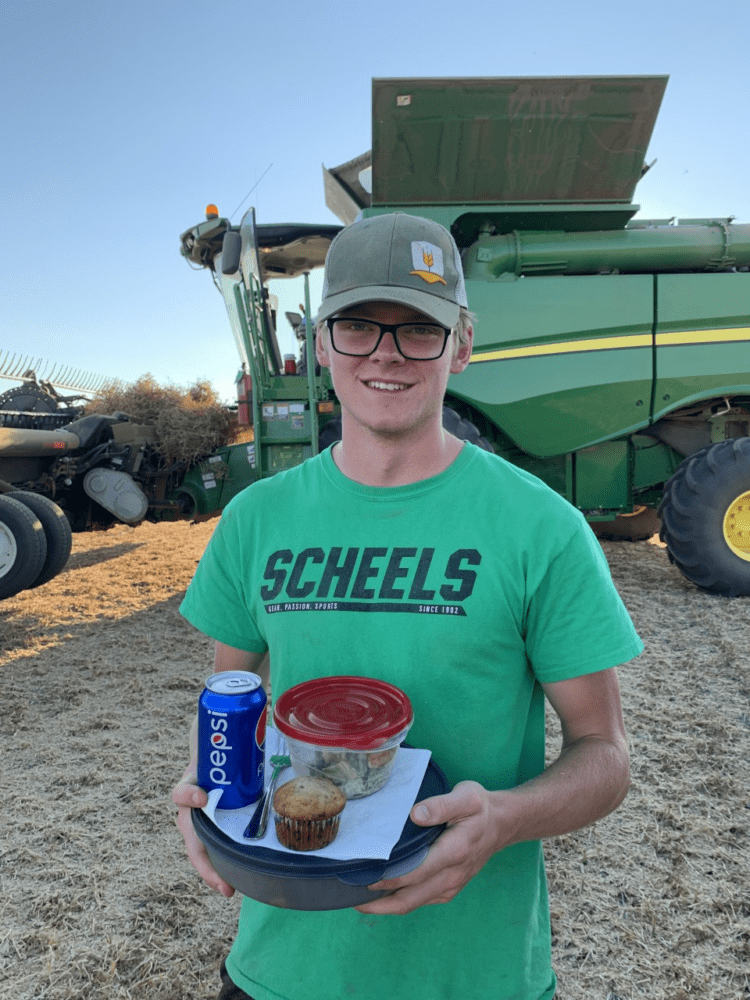 My name is Terran Holzer and I am currently in my 3rd year of an agribusiness degree. My family farms about 6000 acres located 25 minutes west of Estevan. I work on my family farm and as of the last few years, I have also been working on my Grandpa’s farm from spring until fall. I remember driving the combine with my parents from ten years old. We usually grow durum, lentils, canola, and flax every year. While I love agriculture I also have a passion for hockey as well. While I don’t have an exact plan for my future career I do plan to stay in the Ag industry.