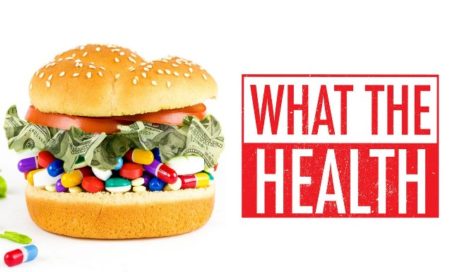 I was sitting with a friend at lunch one day when the topic of veganism and plant-based diets was brought up. She mentioned how she had just watched a Netflix documentary, titled What the Health, about how eliminating meat products from one’s diet can virtually reverse heart disease, cancer, diabetes—you name it. What alarmed me the most was when she continued on to say that the reason why so many people are sick is due to the fact that the agriculture industry, mainly the meat and dairy industry, is working to ‘disguise’ the fact that animal products are the reason for the prevalence of sickness in society. While my first reaction was immediately on the defensive and scoff at this allegation, I instead decided to watch the film to understand how the producers could skew their narrative in such way to make my smart, educated, reasonable, friend believe that dairy and livestock farmers/companies lobby to keep products in the marketplace that make us sick.

First off, the language used throughout ‘What the Health’ will make you roll your eyes (if you choose to watch it—which I only recommend if you want to become infuriated). The health professionals interviewed are quoted saying things like “do you want to be shot or hung”, when referring to choosing to eat poultry over beef, or they “couldn’t support an industry that is based on cruelty and isn’t for the good of others” when speaking about their decision to never again buy animal products. Their main reasoning is all related down to a few factors, all stating that meat, dairy and eggs are cancer-causing agents. They believe this to be true due to the presence of heterocyclic amines[i] and dioxins in animal products, both of which are listed carcinogens. Heterocyclic amines are toxic to humans in high enough amounts, but what the filmmakers fail to state along with this information, is that the presence of these compounds cannot be blamed on meat producers’ negligence to inform consumers of the dangers of the compounds but on the cooking method and amount of meat a consumer eats. The film theorizes that the meat industry knows how dangerous these compounds are, but that they hide it from the public and force organizations, such as the American Cancer Society, through funding to promote the consumption of meat products (a pretty big stretch).  In truth, many research studies have been conducted linking heterocyclic amines to cancer, especially colon cancer, but in these studies, the control groups (i.e. rats or mice) are eating diets consisting of entirely red meat, cooked at high temperatures known to catalyze the production of these toxins.[ii] With these results in mind, the correlation between meat consumption and cancer is not credible information, as the methodology of the experiments are not descriptive of the actual average omnivore diet.  This information is misleading and does not take into account that a diet balanced with fruits, vegetables and grain products contain antioxidants that work to inhibit the formation of heterocyclic amines, preventing the damage possibly caused by eating red meat just by eating a salad or side of steamed veggies with your steak.[iii] Key pieces of information the film conveniently leaves out.

Similarly, the presence of dioxins in our food chain is also blamed on the agricultural industry throughout the film. Dioxins are environmental pollutants that are by-products of industrial processes, an especially dangerous culprit being uncontrolled waste incinerators (such as solid waste and hospital waste), due to incomplete burning.[iv] The WHO lists that the richest source of dioxins to actually be the feed that is given to livestock, and once the animals ingest the feed, the toxic compounds incorporate into their fatty tissues.[v]  What the filmmakers also fail to include is that the agricultural industry has extensive regulations set in place that are closely monitored to prevent dioxin-contaminated feed from ever being fed to livestock in the first place. First off, livestock grazing pastures are very rarely (more likely never) situated next to waste incinerating facilities (unlike the cartoon featured in the film placing a pregnant woman drinking milk and eating steak next to a grazing pasture, next to a smoking waste treatment facility). Secondly, Health Canada has regulations in place to be able to monitor and recall any unsafe food. For example, in March 2017, a voluntary recall of possibly dioxin-contaminated livestock feed was posted to ensure the safety of Canadian consumers.[vi] This goes to show that the people who make a living from the agriculture industry will lose out on profit and absorb all production costs to recall a product that is only potentially dangerous to consumers, and do so voluntarily—not under demand from the government.

I could write pages and pages de-bunking every claim stated in this documentary, but this blog would extend from several hundred words to thousands pretty rapidly. My goal was to be able to put into perspective how easily the public can be swayed to think that the agricultural industry is money hungry and out to hurt consumers—in main part to my friend—but hopefully also reach out to a few skeptics who stumbled upon this post. There is no fail-safe cure for cancer, diabetes, heart disease, or any other terminal condition out there in medical research, and if there was, the agriculture industry would certainly not be actively dismissing efforts to create a safer and healthier population. Farmers feed the world, a fact that has become clearer every day to this city girl since enrolling in food science in the College of Agriculture at the U of S. My piece of advice to readers going forward is to think critically about every documentary, article, news piece etc. that states otherwise. Agriculture is, and always will be, an industry filled with individuals who care about human health and nourishment, and any statement that paints it in a negative, corrupt light deserves a second look into where that information is coming from.

[i] Chemicals in Meat Cooked at High Temperatures and Cancer Risk. (2015). Retrieved December 01, 2017, from https://www.cancer.gov/about-cancer/causes-prevention/risk/diet/cooked-meats-fact-sheet. 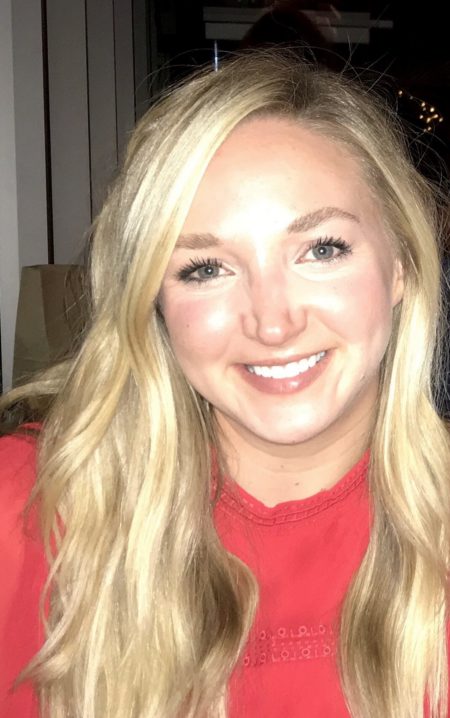 Emma Laing has just recently completed her undergraduate program at the College of Agriculture and Bioresources. In December (2017), Emma graduated with a BSA majoring in Food and Bioproduct Sciences and minoring in Nutrition. Emma was born and raised in Saskatoon, SK.

We wish Emma all the best in her bright future!