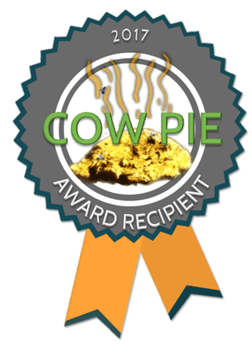 This year, perhaps more than others has witnessed the shameless exploitation of consumers for corporate greed. This was particularly evident in the area of food labels designed to mislead consumers. In light of the food industries lack of respect for consumers, the first two awards go out to two firms I’ve previously exposed for their lack of consumer respect. Our third recipient in my eyes is the scam artist that started the movement to attach an additional label to safe food products, with the sole intention of driving up food prices. We cannot forget to recognize our very own national Canadian anti-ag organization that campaigns against sustainability. I conclude with something I enjoy, but can’t ignore its deliberate messaging as a Canadian public broadcaster.

The hands-down winner of consumer contempt goes to Windset Farms. On October 10th 2017, I emailed them raising concerns over their non-GMO label for cherry tomatoes. I’m not aware of GMO tomatoes being grown anywhere and inquired about this. Windset Farms hasn’t even had the decency to acknowledge receipt of my email, let alone respond. Folks here is a company that is so fixated on gouging consumers that they won’t even respond to legitimate inquiries about their products. Now they’ve got a little extra fertilizer! ?

A close second is Post Cereal and their scam involving the unicorn-like product, GMO wheat. I’ve flagged their lack of business ethics each year that I’ve published on SAIFood and Post has no intention of providing consumers with factual information. Perhaps Post is buying GMO wheat to feed their herd of unicorns. 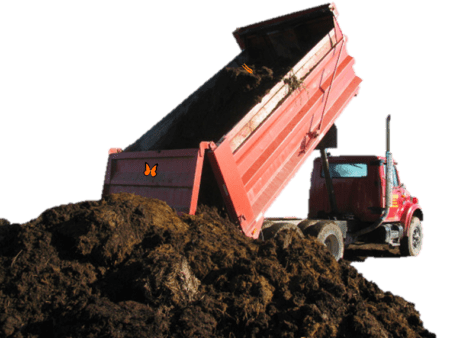 Here’s an organization that wins the ‘truckload’ award, winning for a second year in a row. The Non-GMO Project exists for one reason and one reason only, to scam consumers. They have no interest in science, risk assessment or food safety, they only want to raise food prices that contribute to increased food insecurity for lower income segments of society. How humanitarian of them.

Having lost the campaign to label Aqua-Bounty salmon GM, the good folks at CBAN are now blackmailing grocery stores that have decided to sell this safe and sustainable product. So terrified is this environmental non-governmental organization that the Canadian public might decide to support farm-raised salmon and the sustainable process that accompanies this, that in utter desperation, they launched a campaign of fear and intimidation against grocery retailers. Given how low CBAN has sunk, they ought to be right at home with this award.

While I enjoy listening to this radio science program, their continual disregard of stories about the environmental and human health benefits of biotechnology, chemical use and GM crops is scandalous. Not a word has been said about the IARC scandal involving glyphosate. Numerous academics have published data rich articles that quantify the environmental benefits of GM crops that Q&Qs has ignored for a decade now, never mind the reduction in cases of farmer pesticide poisoning. As a regular listener, if I didn’t work in the area of agriculture innovation, I would never know that innovation was even occurring in agriculture. Q&Qs cherry-picks their science programming, contributing to a lack of public knowledge and understanding about the science and safety of agriculture innovations. For a taxpayer-funded organization, this is not, nor has ever been, acceptable.