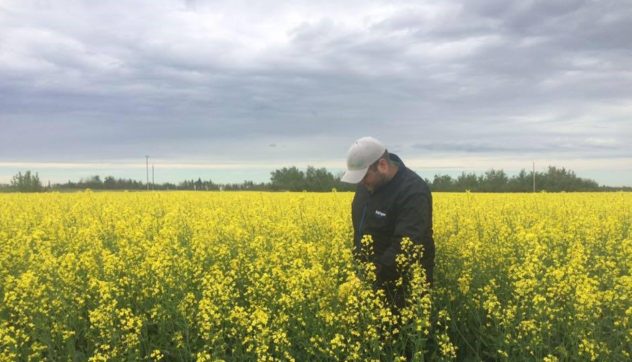 Recently, the use of herbicides as a sustainable means of crop protection has come into the public eye. Based on social pressures and non-scientific pressures, governments are now looking at how herbicides are regulated. In particular, glyphosate has become the herbicide to target. Based on a report from the International Agency for Research on Cancer (IARC), it is “probable” that glyphosate is carcinogenic to humans. Despite the limited evidence for carcinogenicity in humans, this particular report has been the main focus as evidence for social and environmental groups opposed to chemical use. The social pressures from Europe may end up in a complete ban of glyphosate. Currently, there is a petition with over 2 million signatures to ban glyphosate. The Environmental Protection Agency and other agencies have concluded that glyphosate is not likely to cause cancer or any other type of harm.

The main problem with the IRAC report is that it doesn’t evaluate the risk, only the hazard it potentially causes. To put into context, everyday household cleaners have a potential hazard if not handled properly. Glyphosate is no different, it is perfectly fine if the proper precautions are taken.

A World Without Herbicides

You may ask yourself, what is the problem if there is a ban on the use of herbicides? In fact, it is a huge issue when it comes to the production of the food you eat. The problem is the general consumer does not see the benefits of using herbicides in crop production. Herbicide use results in easier and flexible timing for weed control for the farmer producing a crop. While organic uses natural herbicides, there is a big yield difference between conventional and organic farming.  Crops such as cotton, flax and rice have a yield gap of 39-45%. Conventional practices result in higher yields and lower cost for the farmer, but it also means reduced prices for the consumer. Without good weed control from herbicide use, yields may drop, causing less supply and consumer prices could rise. If glyphosate and other herbicides are restricted or banned farmers will have to find alternative ways to control weeds. An alternative would be weed removal by general labour or machine. This would be a massive increase in production costs, which would increase the price of goods that you consume.

There is a public perception that amounts of herbicides in our food products are at dangerous levels. Glyphosate and every other herbicide on the market for commercial use, have maximum residue limits (MRL). That means that if a crop has more than these predetermined limits, that crop cannot be sold to the public. In a study done by the European Food Safety Authority, residue testing was done on 393 wheat samples. Of those 393 only 77 detected any trace of glyphosate at all. The highest level found among the 77 detections was at 32% of glyphosate safe MRL.** These tests were not close to the maximum limit that had been set for glyphosate on wheat products for safe consumption. The trace amounts detected in products under MRL standards should not cause harm to human health when consumed under normal conditions.

More and more environmental groups are creating ads trying to scare you into thinking that herbicides have negative health impacts. I understand and realize that we are still talking about a chemical and there are proper precautions needed to be taken when handling these chemicals. Herbicides, however, for farmers are a sustainable and effective way to reduce costs and increase yields. I challenge you the next time you are buying a crop related product to ask yourself ‘without herbicide technology used to create that product and keep it at an affordable price, would you still buy this product at the higher price?’ The next time you see an ad or somebody trying to scare you about herbicides, understand the importance of herbicides and the positive effects they have on crops.

** Health Canada regulates that glyphosates MRL in wheat can be no greater than 5 ppm. The max.volume of glyphosate residue in a sample of wheat in Canada can no be greater than 0.0005% of the sample or 5 mg/kg. Whereas, the MRL in the EU is 10 ppm. This suggests that the EU finds that the residues of glyphosate to be twice as safe or tolerable than Canada does.

Brandon has just wrapped up his third year of an Agri-Business degree at the University of Saskatchewan. Brandon’s blog has been inspired by his studies and work experience in the industry. After he completes his degree, Brandon plans to continue working in the industry, in a sales/marketing role, and raising awareness for the Agriculture industry.