For some, organic farming is a controversial topic, there are serious issues regarding the trade policies that the United States imposes on organic imports. Canada and the U.S. have an agreement of equivalency (USCOEA) that ensures organic imports are assessed and certified equal to other countries in the market. Even with the agreement in place, the lack of thorough monitoring provides room for producers to fraudulently manipulate the import system, leaving consumers vulnerable to unfair trade.

Since June of 2009, Canada and the U.S. have agreed to allow certified organic products to flow between the two countries. Once a producer is “certified organic” in either the U.S. or Canada, they no longer need extra oversight in their accreditations. This provides Canadian organic farmers with a huge opportunity to earn a premium on their crops in both Canada and the U.S. Although this partnership is advantageous for some, the organic market is becoming increasingly more competitive internationally, thus, driving consumer demand away from conventional crops. Moreover, the premium being provided for an organic market has proven to be enough of an incentive for some producers to engage in fraudulent trade.

To obtain organic labelling, a product first needs to be “certified organic” for the U.S. or Canadian market, however, this does not require the producer to provide trackability of their products. A scandal recently brought to light by the Washington Post, a Turkish shipment carrying 36 million pounds (~16,000 tonnes) of “organic” soybeans was actually a shipment (synthetically fumigated with aluminum phosphide) originating from Ukraine that had been falsely transformed into an organic load. This was the third falsified organic shipment from Turkey in recent years. According to the Washington Post’s article, this represented 4% of the U.S. annual organic soybean imports. Coincidentally, since 2011 Canada and Turkey’s share of the U.S. organic soybean market have gone from 78% and 0% to 6% and 41% respectively, in 2016.

Breaches trade agreements such as the ones involving Turkey has caused the United States Department of Agriculture (USDA) to conduct an internal investigation regarding the organic supply chain. From the investigation, the USDA found that the Agricultural Marketing Service (AMS), which is responsible for crediting suppliers and ensuring organic labeling of imports into the U.S., lacked control over organic imports. The AMS requires organic imports to be accompanied by a certificate, but the agency itself has been doing nothing to ensure that the organic import standards were upheld. Furthermore, the AMS lacks a system to verify required documentation for organic imports. This negligence from the prime regulatory body has allowed millions of pounds of falsely labeled organic imports, such as corn and soybeans, to enter the market.

These sorts of faults in the supply chain, though contained to the U.S., have serious implications on Canadian agriculture. Strictly speaking from an economic perspective, non-organic imports being labeled as organic provide an unfair cost advantage over law-abiding producers. When a producer sells their products as organic while using conventional methods of production, they could potentially experience higher yields, more reliable crops and a premium organic price. Countries or producers willing to participate in these fraudulent activities are easily able to steal a higher share of the market away from Canadian producers as a result. Lack of security within the industry poses a great threat to Canadian farmers who participate ethically in organic practices. In order to remedy this, major reform is needed to an extremely negligent trade policy so that Canadians can hope to remain competitive.

Ecocert. 2017. Trade to and From Canada. http://www.ecocertico.com/trade-and-canada.html

Whoriskey, P. 2017. “Millions of pounds of apparently fake ‘organic’ grains convince the food industry there may be a problem.” The Washington Post. June 12. https://www.washingtonpost.com/news/wonk/wp/2017/06/12/millions-of-pounds-of-apparently-fake-organic-grains-convince-the-food-industry-there-may-be-a-problem/?utm_term=.917956756f50 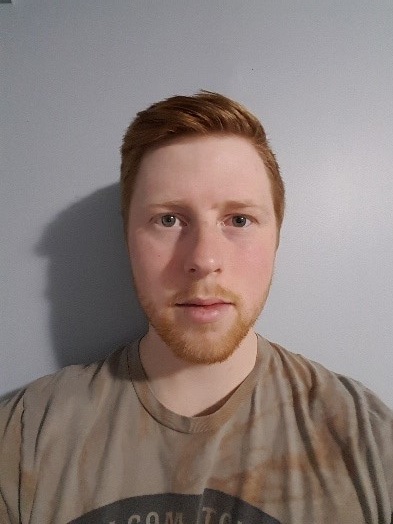 I am from a small town in southwest Saskatchewan named Gull Lake. Following my high school graduation, I decided to pursue work in the agricultural field. I found myself working for a grain terminal and inputs retailer called SWT, where I found my passion for grain. After two short years, I chose to return to school for a degree in Agricultural Business. Once I’ve completed my schooling, I will rejoin SWT with a career in grain marketing or sales.