With great pleasure SAIFood is re-posting this blog to announce the publication of the original researched used for this blog post. In January, GM Crops & Foods has published “The economic and environmental cost of delayed GM crop adoption: The case of australia’s GM canola moratorium” by Scott Biden, Stuart J. Smyth & David Hudson.

Substantial environment impacts due to rejection of GM canola

Canada approved GM canola in 1995 and following 2 years of seed multiplication, farmers started growing GM canola in 1997. By 2004, 75% of canola farmers in Canada were growing GM varieties. After a decade of GM canola production I surveyed farmers and found the following:[su_list icon=”icon: caret-right” icon_color=”#9dc853″ ] 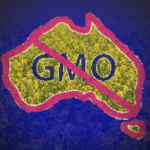 [/su_list]Australia approved GM canola in 2003. However, by 2004 a moratorium was implemented across Australia against growing GM canola. It wasn’t until 2008 when the central canola producing states, New South Wales and Victoria, lifted the moratorium, followed by Western Australia in 2010.

Recently one of my graduate students, Scott Biden, examined the economic and environmental costs of the Australian moratoriums. This study estimates what the adoption level for GM canola could have been after one decade of production, 2004-2014, had the moratorium not been implemented. The adoption delay of GM canola production has cumulatively resulted in:

Delaying GM canola adoption has resulted in the continuation of other farming practices that have higher environmental impacts than those from GM crop production due to the more frequent use of tillage to control weeds and the application of chemicals with higher toxicity levels, such as triazine. This form of farming, with high tillage rates and chemical toxicity has been shown by this research to be less environmentally sustainable than that resulting from the production of GM crops.

Farming has an environmental impact, there is no debate about this. Sustainable farming practices are essential to feeding a growing world population. This research is some of the first research available that quantifies the environmental impacts of not adopting GM crop varieties. GM crops will not be appropriate for all farmers in all regions, but where their adoption is possible, this research clearly documents the environmental benefits from adopting a GM crop. Based on this research, regulatory barriers against GM crop adoption should be re-evaluated and their removal strongly considered.