The dawning of a new era in ag sustainability

Who would have fathomed how significant a day in March 1995 would become in the history of Canadian agriculture? On March 14th, 1995, the Canadian Food Inspection Agency (CFIA) approved the two genetically modified (GM), herbicide tolerant varieties of canola for commercial production. These were the first GM crops to be approved for production and consumption in Canada. AgrEvo Canada Inc.[1] had a glufosinate ammonium tolerant variety of canola approved, while Monsanto Canada’s[2] approved canola was glyphosate tolerant. Now, 25 years later, the impact of these two crop approval decisions, is nothing short of phenomenal. The beneficial impacts of GM crops on yield, chemical use and sustainability have completely transformed Prairie agriculture over this period. 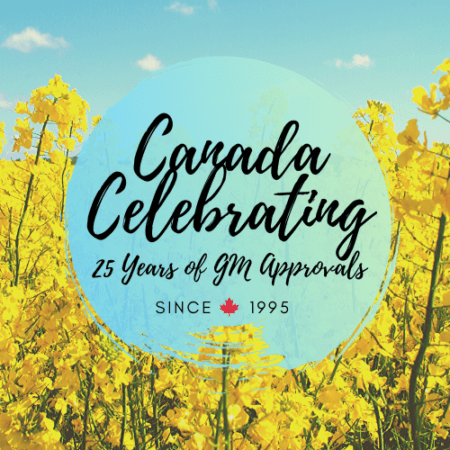 Prior to commercial release, both of these GM canola varieties underwent an extensive risk assessment process. Both companies compiled an extensive amount of scientific data requested by the CFIA and submitted this data to the CFIA, where it was reviewed by expert scientists. In their review, the regulatory risk assessment examined five fundamental environmental potential risks:

The start of something big

Over the past 25 years, the agriculture industry has witnessed substantial increases in weed control efficiency. While tillage had long been the standard form of weed control, it resulted in soil erosion and reduced moisture conservation. The improvement of chemical weed control, allowed farmers to gradually reduce their use of tillage as the leading form of weed control. Today, there are 95% fewer summerfallow acres in Saskatchewan than was the case in the early 1990s, prior to GM canola. The move towards increased agricultural sustainability has been driven by the adoption of GM canola across Western Canada. The production of non-GM canola varieties has been limited due to the lack of effective in-crop chemical weed control options. While the adoption of GM canola reduced the environmental impact of chemical use in the production of canola by over 50%.

Quite possibly the most significant benefit of GM canola can be observed by driving down virtually any country road in Western Canada on a windy summer day. Driving down this road 30 years ago, one would have experienced dust constantly blowing across the road due to the presence of summerfallow fields. Today, dust blowing across rural roads is virtually a thing of the past as GM canola has precipitated the move to zero tillage land management practices. It is very satisfying to be able to observe the sustainability of GM canola simply by taking a scenic drive down a country road on a summer day.