Are GM Crops Contributing to Increased Rates of Female Education?

The number one item on the United Nations’ (UN) list of Sustainable Development Goals is to reduce poverty. The UN estimates that 650 million people live in extreme poverty, surviving on less than US$2/day. People in sub-Saharan Africa (SSA) are the most affected by extreme poverty. According to the UN, “there are 122 women aged 25 to 34 living in extreme poverty for every 100 men of the same age group”. There are also high rates of extreme poverty affecting 1 in 5 children.

One proven means of reducing extreme poverty is through increasing the rate of education. The Norwegian Agency for Development Cooperation highlights that, “[f]ood insecurity and poor nutrition is due to poverty and unequal distribution of resources, but it is also due to insufficient knowledge of production methods and on nutritional facts”. In some instances, children that are malnourished, are often unable to even attend school due to their physical weaknesses. We also know from research on the importance of education and improved crop production, that an additional four years of education increased farm productivity by 8.7%. Knowing that education can help improve production which in turn, can help improve farm household income and nutrition, the important focus is now about finding means to ensure educations are provided to as many children as is possible.

Education rates have been improving over the past 20 years. World Bank data organized by Oxford University identifies the number of children not attending formal education has dropped from 380 million in 1998 to 263 million in 2014, a 30% reduction. One of the most significant reductions is in the category of primary female education around the world, which has dropped by 50% from 64 million to 32 million. Of the additional 117 million children receiving education in 2014 compared to 1998, 77 million (66%) are female. Delving deeper into this data provides a more detailed and positive perspective for low income and SSA nations. The number of out-of-school elementary females dropped by 37% in low income nations and by 25% in SSA. These are significant gains as millions of additional young females are getting educations that were previously not able to.

The increase in the number of years of schooling over the 1998-2017 time frame is most noticeable in sub-Saharan Africa. While data was not available for more than a dozen African nations in 1998, virtually all increased the number of mean schooling years. Similar results are evident for India, Southeast Asia and Latin and South American nations. 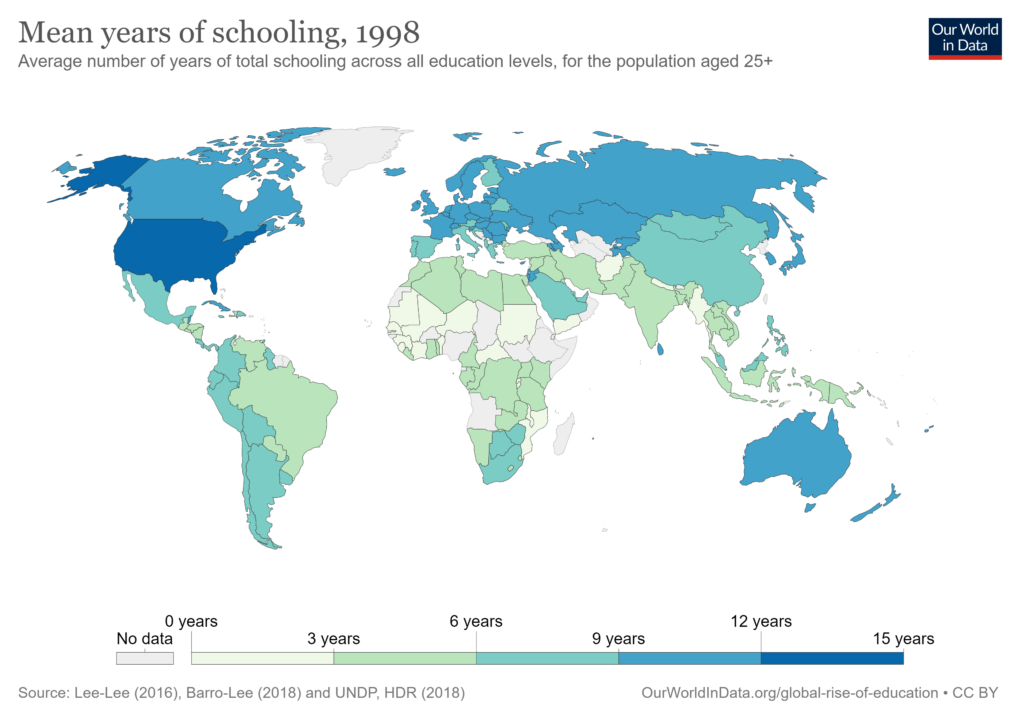 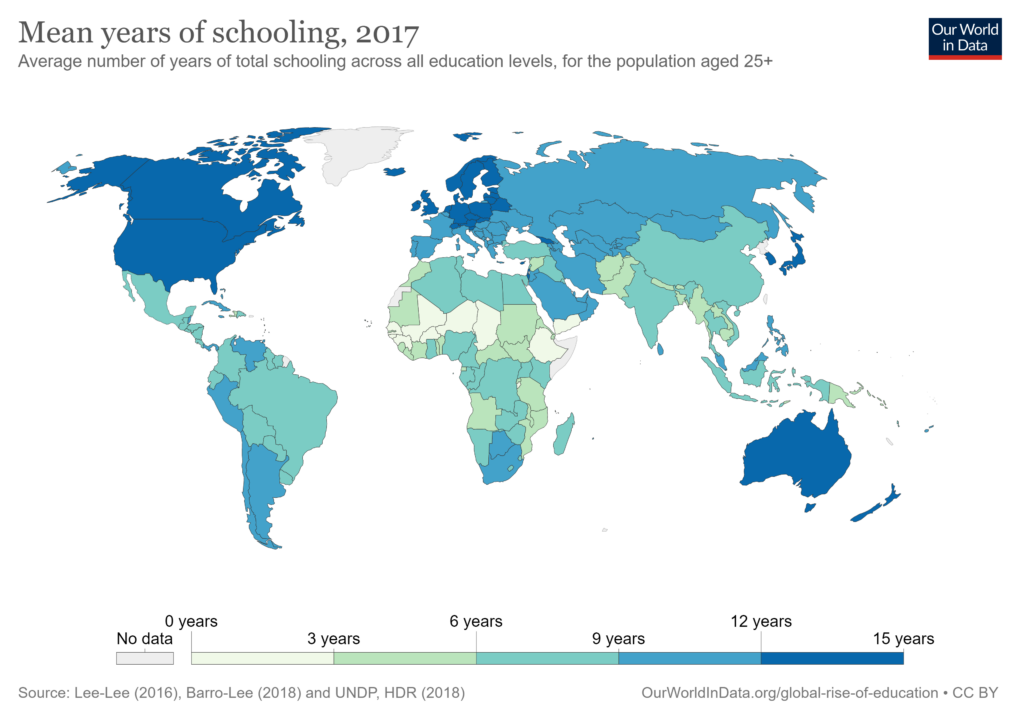 Investment in early childhood development aid has increased four-fold this century, rising from US$1.3 billion in 2002 to US$6.8 billion in 2016. This investment rise has been distributed across different sectors, with a small portion directed towards increased access to education for millions of poverty-stricken households. While additional government investment in education is crucial, it is also known that higher household incomes are positively related to increased rates of education.

Are GM crops an aid to poverty reduction?

One of the consistent benefits of GM crop adoption has been a higher farm and household income. In an assessment of the impacts of GM crops by Dr. Qaim, nearly 150 publications from around the globe were examined, of which the average increase in farmer profits was calculated to be 68%. Further research led by Qaim on the adoption of GM Bt cotton in India, found the greatest share of benefits went to vulnerable farmers, who experienced household income increases of 134%. In this example, the extreme poverty households that adopted GM cotton experienced a level of fiscal benefit that is double the global average.

While I’m not aware of any research that has directly examined the correlation between higher farm household incomes from GM crops and increased child education rates, there is anecdotal evidence. One example comes from a female South African farmer.

"I was inspired into Bt cotton farming 4 years ago [in 2013] … [trying] out 5 hectares of Bt cotton and that has made all the difference in my life. In 4 years, I have increased area of production tenfold to 50 hectares of Bt cotton. I have also managed to pay for my younger sister’s education."
Maria Swele 35-year-old woman from Limpopo province in South Africa (Source: GLP, 2017)

Numerous factors are contributing to the improvement in childhood education around the world. Increased government funding for education facilities and opportunities are crucial to this improvement. It is well proven that GM crops increase household incomes and higher household incomes do contribute to higher rates of education. With no research to confirm this connection, it’s not possible to quantify this, but there is certainly ample evidence to hypothesize a relationship that would merit further research.