There is no doubt that dicamba works to kill weeds, but policy changes restricting the use of the chemical could limit or even take it out of the hands of farmers. The herbicide is effective, while it, can also be difficult to use. The question of whether the chemical is unfit for commercial use vs whether farmers need to be more tightly regulated and/or educated on its proper use will be important moving forward into 2018. It’s clear that dicamba can cause damage to non-target fields when applied incorrectly. In a recent The New York Times article, Eric Lipton reported that in 2017 dicamba was responsible for damage to roughly 3.6 million acres of soybean, this is equivalent to nearly 4% of the total soybean crop planted in the U.S (to learn more about dicamba’s controversy, check out RealClear Science). The real debate is whether dicamba still poses a threat when applied correctly.

In an interview with the New York Times, farmer, Brent Schorfheide sums up the importance of dicamba in one sentence, “‘It cleaned everything up”, “[w]ithout it, our fields would be a disaster”. Additionally, in a time when health and environmental concerns bombard agriculture, the EPA has stated that dicamba is safe for people as well as the environment, including endangered species and pollinators such as bees. The real agricultural benefit of dicamba is though is its ability to handle weeds resistant to Roundup (glyphosate).   that can otherwise choke out the cotton and soybean crops that dicamba is designed to be used in. This ability to combat weeds resistant to other chemicals, like Roundup, is what makes dicamba so useful. Chemically, dicamba is specifically designed to mitigate the potential for drift to other fields.

Dicamba is engineered to minimize drift, yet recent controversy has shown that it is still susceptible to drifting and therefore has the potential to cause damage to non-resistant fields of cotton and soybean. It is applied later in the year when crops have emerged from the ground and are further along the growing cycle. This allows the targeting of tough weeds, however, this also means that dicamba is being applied in a hotter and more humid period and this opens it up to what is known as volatility. Volatility within herbicides refers to the chemical turning from a liquid into a gas. Once in gas form, dicamba is then susceptible to drift at which point it can cause damage to neighbouring crops. Manufacturing companies producing dicamba all use a formula specifically designed to mitigate potential volatility, however, the risk remains.

In addition to the potential for volatility, dicamba is a technically delicate chemical to spray. This is possibly where most of the problems around dicamba use arise. Dicamba must be sprayed in specific conditions with the correct equipment and height. The most specific of these instructions is that wind speeds must be between 3 and 10 mph and there cannot be a temperature inversion present. These directions are important to prevent or minimize wind drift and volatility. Problems arise when these directions are not followed correctly either out of disregard for the instruction or out of ignorance of their importance.

The issue around dicamba is clearly its volatility and potential to harm non-target crops. It is important to resolve this, if it isn’t resolved soon the use of dicamba will become even more tightly regulated. This would be a problem in environments where glyphosate-resistance is becoming a problem, the availability of products like dicamba to combat these resistant weeds could be vital. If dicamba doesn’t start to be used properly, it may not be available for post-emergence spraying in the coming years. Is the answer to the controversy around dicamba use to stop using the chemical all together? Or does the answer lie in educating users to allow this more difficult, but effective, herbicide to not only remain in use as it is now but to become more widely used to control weeds in the future? 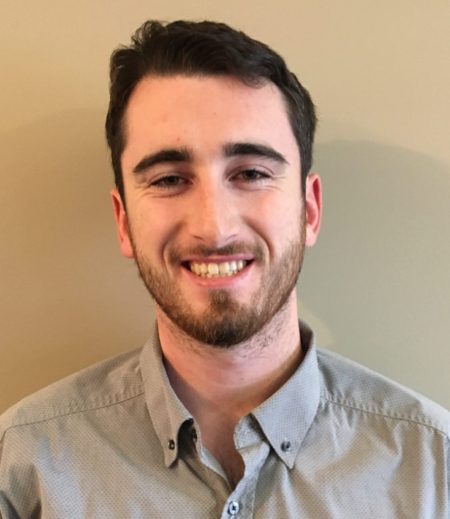 Baxter is a student at the University of Saskatchewan. He is currently in his third year of studies working towards a degree in Agribusiness. He spent the past summer working with JGL Livestock in Moose Jaw training to become a cattle buyer.

Baxter grew up an hour east of Regina in the Qu’Appelle Valley North of Wolseley where he worked on his family’s Ranch with his parents, two younger siblings, and grandparents. Growing up he was heavily involved with the family farm. Off the farm, he participated in 4-H as well as playing for his high school basketball team and the Dogpound club basketball team.