This week marks the start of student blogs. One week a month SAIFood will post some of Stuart’s student blogs, sharing insight on what agriculture students feel are important issues and policies for producers and consumers.

Subway made an announcement on October 20th, 2015 that over the next ten years, they will source meat only from antibiotic-free producers. The transition will be in several stages, with the conversion of chicken happening in the next year. This change is set to be implemented throughout US restaurants and there is no mention of affecting Canadian restaurants. Consumers need to be reminded that antibiotics are regulated, there is a withdrawal period before the animal enters the food chain, and it is irresponsible behavior of the producer to not give antibiotics to a sick animal. Consumers have to remember that marketing is not always science-based. Companies are taking advantage of consumer lifestyle preferences and benefitting financially.

An article published in the Wall Street Journal stated antibiotic-free chicken comes with a 10-15% price increase. Retailers are taking advantage of consumer preferences and charging a much higher price than conventional meats because consumers are willing to pay for the label.  Consumers didn’t pay attention to natural, hormone free, and antibiotic free labels until companies started advertising the food was “healthier”.

Antibiotics in animals are regulated

The Food and Drug Administration (FDA) in the United States approves antibiotics through extensive testing before the antibiotics are allowed in food-producing animals. The uses for antibiotics approved by the FDA are:

The FDA also states the use of antibiotics are restricted to the necessity of animal health and under the supervision of a veterinarian. When a company claims its products are antibiotic free, evidence must be presented to the Canadian Food Inspection Agency to verify the guidelines and criteria has been met.

The concern with consuming antibiotics treated meat comes from a growing number of superbugs becoming drug resistant that are harder to treat in humans.  However, when antibiotics are used there must be a withdrawal period before the animal can enter the food chain to prevent consumption of antibiotic residue. The withdrawal period can vary depending on dosage, the weight of the animal, length of treatment, and injection site. In 2002, a study tested 730 chicken samples for antibiotic residue in the meat and only found one sample (or 0.14%) that tested positive for a residue. A doctor for the Animal Health Institute states in the Wall Street Journal, that there is no correlation between the increases in resistant bacteria to the use of antibiotics on the farm.

My challenge for you as a consumer is to research labelling of food products from a variety of sources to determine if the information is credible before concluding whether to accept or avoid that product. Is there a science or legitimate health risks to justify loyalty for or against a label? And ask yourself if the company is succeeding in luring customers in by promoting trends, not science 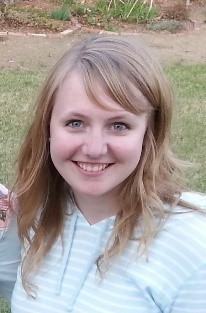 Mikayla is in her third year working towards an Agribusiness degree at the University of Saskatchewan. She is actively involved in the family grain and livestock operation in Southwest Saskatchewan. She served on the executive of her local 4-H club as president and treasurer as well as participated in the 4-H beef project. These experiences led her to pursue a career in agriculture focussing on business.