Growing up in a rural setting, I can count a handful of times when a crime had affected our area. Whether it was vehicles, fuel, or tools it is apparent that the thieves are not deterred nor frightened by the owners or the law. Farmers have it especially tough as most farmyards are scattered with valuable equipment as well as copious amounts of fuel. It is a tough spot to be in for the property owners because they either hope the thief is dealt with by the law or face criminal charges for defending their property. Since a fatal incident (Hamilton, 2018) in rural Saskatchewan in 2016, there is a need for a peaceful solution to the rural crime problem.

Change from the Top

Stealing property in rural areas may not seem like a big issue when it might be a few tools or some fuel, but in 2017, Saskatchewan saw double the national average (Eneas, 2019) of rural crime per capita. To try and combat this issue, a higher police presence needs to be made in rural areas. Evidence (Klick and Tabarrok, 2005) has been found that people are less likely to commit a crime when they know they are more likely to get caught. Although this is common sense, A higher police presence will prevent crime from happening in the first place. Without a significant police presence, the response time for RCMP in rural areas can take hours (Hamilton, 2018). With little information about police jurisdictions available to the public, it is difficult to determine the number of officers in an area at any given time. However, through my personal experience, a family member of mine was involved in an incident located near Belle Plaine and the RCMP detachment that dealt with them was in White City. These towns are 67 km apart so unless there was RCMP on patrol near Belle Plaine, it would take approximately 40 minutes for help to arrive. Due to the assumingly large jurisdictions, the criminals know that they are not very likely to get caught while trespassing or stealing from farmers.

There are ways to prevent rural crime such as security systems and cameras as well as rural crime watches located in RM’s. The problem with these measures is they only deter the thieves, but don’t actually stop them.  Nick Cornea, founder of Farmers Against Rural Crime works with law enforcement across the prairie provinces trying to solve the rural crime problem (Oosterhuis, 2019). Through working with provincial and federal authorities, changes were made on both provincial and federal policy (Parliament of Canada, 2019) that enforces stronger penalties to be placed on trespassers. A suggestion I make to our provincial government is to create a policy where each Rural Municipality receives additional police presence with the most affected by rural crime receiving the most police presence.

What Will it Cost?

Lowering rural crime is something we can all agree on, but will we still agree if we must pay for it? The Saskatoon Police headquarters cost taxpayers around $130 Million (Hutton, 2011) 9 years ago. Although they are city police similar costs could be assumed for building multiple RCMP stations across rural Saskatchewan. This will also cost taxpayers the salaries of all the additional RCMP needed to patrol the rural areas. Moving away from fiscal costs will also cause a strain on RCMP detachments across the province as they will be strung thin to fill the new detachments. All of these options are enormously more expensive than farmers simply locking buildings and installing security systems, right?

Too Much Right Now

While something needs to be done about rural crime, the cost may be too high to consider this a feasible project. Until more deaths are a result of rural crime, I think the government will continue to suggest additional security measures be put in places such as community watch groups and security systems that help to deter the crimes but will continue to look at rural crime as something that is out of their control. 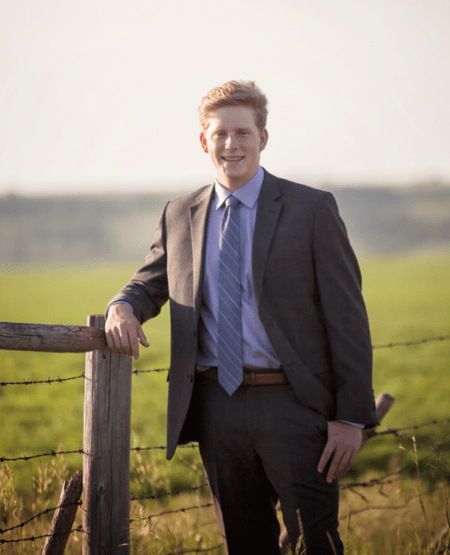 I am from Lumsden, SK and am in my 3rd year of my Bachelor of Science in Agribusiness at the University of Saskatchewan . My family and I run a cow/calf operation near Bethune, SK. I enrolled in the agribusiness program at U of S because of the diverse career opportunities it allows. After completing my degree, I want to work off the farm as well ranch full time.