I miss A&W’s onion rings. The reason I miss them is that I no longer buy food at their chain of restaurants. A&W has initiated a marketing campaign that misleads consumers about beef production in Canada and, for this reason, I have chosen to give my business to their competitors.

In September 2013, A&W began a hamburger marketing campaign on how A&W beef is produced for their restaurants. A&W launched this strategy stating that “we’re the first and only national burger restaurant in Canada to serve beef raised without the use of hormones or steroids.” This message subtly suggests that Canadian beef farmers’ use of hormones and steroids in the production of beef is unsafe for humans. While A&W has every right to market their hamburgers in this manner, Canadian consumers deserve to know the complete story about beef produced without hormones and how unsustainable this practice is. 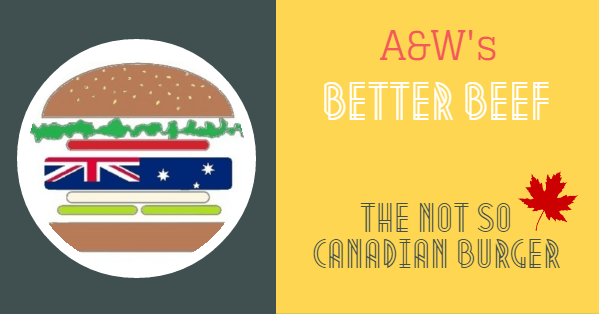 So where does A&W get their beef from? A&W’s website identifies the only Canadian source of beef as Spring Creek Ranch, near Vegreville, Alberta. Their other sources are the United States and Australia. As of 2011, Spring Creek Ranch had the capacity to produce roughly 5,000 head of slaughter-ready cattle per year. According to Dr. John McKinnon, Saskatchewan Beef Industry Chair at the University of Saskatchewan, approximately 50% of a deboned, dress-weight beef carcass goes to be ground into hamburger, resulting in at most, 2 million pounds of Canadian-produced, hormone-free hamburger for A&W to purchase. However, A&W needs to purchase roughly 38 million pounds of hamburger annually. So, where are the other 36 million pounds of hamburger coming from? That’s right, American and Australian beef producers. To me, it is clear that A&W no longer supports Canadian farmers.

As a response to A&W’s campaign of misinformation, the Alberta Beef Producers have provided an excellent summary of how beef producers contribute to agriculture sustainability through the use of growth hormones in beef production. Growth hormones were introduced in the mid-1970s, allowing penned livestock to increase their weight-gain-per-day, requiring fewer feeding days. Comparing beef production in 1977 with 2007, reveals that 11% more beef is produced by Canadian cattle farmers using 20% fewer cattle. The Alberta Beef Producers go on to state that if beef production was to return to a period prior to using hormones, such as the 1950s, producing the amount of beef in Canada today would take:

For years, consumer food surveys have revealed that Canadians want safe, nutritious food. Canadian beef farmers are providing such a product and are doing so in a sustainable manner. Modern beef production requires less land to raise more beef, allowing more land to be used in the production of food crops that can contribute to improving global food security.

Sadly, A&W has chosen to be a hypocrite. They subtly accuse the Canadian beef industry of producing beef in an unsafe manner through the use of hormones and steroids, yet they purchase beef that is less sustainable and contributes more to global warming. In addition to this, they omit to inform consumers that they do not support Canadian farmers, preferring instead to import hamburger from the USA and Australia. So much for supporting Canadian businesses. Since A&W has expressed a clear desire to not support Canadian agriculture businesses, I will no longer support them. I prefer to support food companies that support Canadian farmers as well as supporting sustainable agriculture. Canadian consumers have a right to know that A&W does not support the majority of Canadian beef farmers, nor does it support sustainable agriculture.

This blog was originally posted on March 24, 2015, by Stuart Smyth. 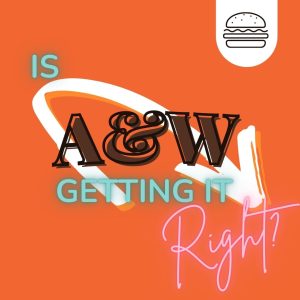 Where is A&W getting it right?

Why A&W Canada has found success amongst their customers Back in 2015 when SAIFood was launched, we posted one of our most-read blogs “A(mbiguous) & …