Canada’s Food Price Report 2023 was released yesterday, regrettably, it shows little in the way of relief from rising food prices. For the coming year, food prices are predicted to rise a further 5% to 7%. These price increases are expected across the whole grocery store. Vegetable price increases are predicted to be the highest at 6% to 8%, with fruit the lowest at 3% to 5%. Seafood and restaurant meals are predicted to range between 4% and 6% increases, while bakery, dairy and meat products are slightly higher in the 5% to 7% range. Unfortunately, this amounts to a food cost increase of $1,065 for a household of four.

As you most likely have noticed, food price increases throughout this past year have been relentless as prices increased by 10.3%. This is considerably higher than the 5% to 7% that was predicted in last year’s report. When predicting what food prices would be for 2022, we did not know what all 2022 would have in store for us. Russia’s invasion of Ukraine, consistent high inflation, lingering effects of production slowdowns due to Covid and higher transportation costs all factor into the higher prices we all face. While we see ourselves as a nation of food producers, we are also major food importers of products that do not grow in our climate and processed goods. This means we rely heavily on transportation and the costs that come with this. The rental cost of an international transport container went from several thousand dollars in 2019 to well over US$10,000 by spring 2022. Unverified reports from some Canadian importers reported rates in excess of C$30,000 for containers coming from Asia. In 2020, according to FAO data, of the imported $35.8 billion USD imported of food into Canada, $3.6 billion USD was imported from Asia. Of imported foods, 10% comes from Asia, and the cost of transport is likely to impact what consumers pay.

Supply of some commodities, such as fruits and vegetables, has been hindered due to labour challenges. Federal Covid restrictions have placed a strain on foreign labour entering Canada that would normally be employed to plant, tend and harvest crops. Unconfirmed reports of soft fruits and vegetables rotting in fields were circulated, as well as hard fruits covering the ground, as no labour was available to harvest the ripening crops. While difficult to quantify the cost of food waste such as this, the reduced supply contributes to higher prices.

Inflation has also been a problem across the country as rates reach levels not seen in 40 years. While overall inflation has eased slightly with the rapid rise in interest rates, food price inflation remains stubbornly high, as double-digit inflation in food has been consistently reported every month over the past year. Nationally, the furthest west provinces experienced the lowest price increase throughout 2022, with BC at 9.2%, Alberta at 9.7% and Sask at 10.3%. Food price inflation in the Maritime provinces has ranged from 10.5% to 10.8%, with Ontario at 10.4%, and Quebec facing the highest at 11%.

For the first time in the 13 years of the Food Price Report, the annual cost of providing food for a family of four will top $15,000 in 2023. For two individuals in the 50-70 age range, the cost is just over half of that, at $7,700. A family of three children and one parent living in the house is expected to have food costs of slightly over $21,000. While it is of little comfort, Canadians aren’t alone in the challenges resulting from rising food prices, as Germany and the USA are both facing higher increases than is the case in Canada. In 2022, we can take a little comfort in knowing of the OECD nations, at least we weren’t paying the highest rates of food inflation. Clearly, it could have been worse. 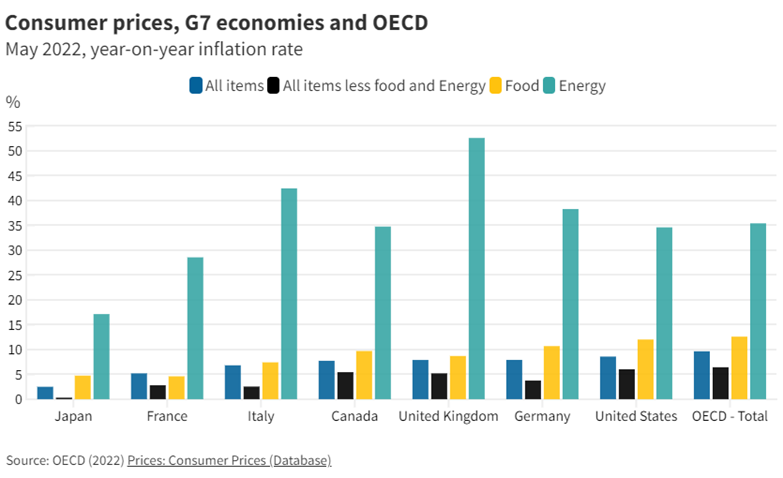 In 2021, a household of four spent $13,800 on food and the estimate for 2023 is for this cost to rise to $15,220. That is a 10.3% increase over the two years. With continued uncertainty due to fuel prices, conflict and health, increased food prices should be expected over the short term of the next 2-3 years. These increases will further strain the budgets of lower-income households, who have already had to make difficult decisions about how to best feed their families with the resources they have. Unless there is to be a sudden change in our economy, it looks like there will be little to report other than increasing food prices and tight wallet solutions when visiting the grocery store.

Canada’s Food Price Report is an annual collaboration by long-time research partners Dalhousie University, the University of Guelph, the University of Saskatchewan, and the University of British Columbia. Together the joint team of researchers across Canada use historical data sources, machine learning algorithms, and predictive analytics tools developed over many years to make predictions about food prices in Canada. 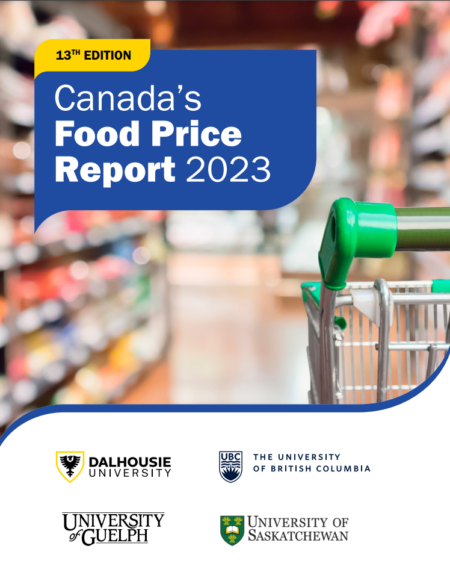 Be sure to check out the full report and last year’s report.