By Rikki-Jean Wilson, University of Saskatchewan

Move over cow-less milk and sugarless sugar; a new trend is taking the modern world by storm, “meatless meats” (Fernstrom, 2019). With alternative protein markets on the rise, ranchers are worried about the potential impact simulated meats could have on their bottom-line. From taking away a portion of the consumer market to mislabelling their alternative proteins, their concerns aren’t unreasonable. Back in 2018, an article from The Western Producer called for new rules surrounding simulated meat products stating that “advertising campaigns will challenge the validity and existence of cattle producers”, as they are designed to draw the consumer away from supporting animal agriculture (The Western Producer, 2018). According to an article by Barbara Duckworth in The Western Producer (2020), the mislabelling of imitation meats caused confusion for the consumer, as highlighted by the National Cattlemen’s Beef Association in a survey of 1,600 people. 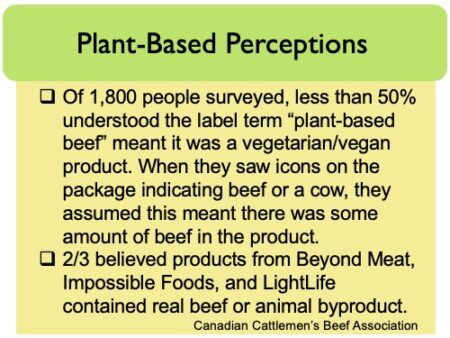 So, what is being done?

‘The Real Meat Act’ has been pushed through the United States House of Representatives and the Senate (McCarthy, 2019). This Act serves to “clearly define “beef” and “beef products on labels so they are not confused with plant-based meat alternatives” (McCarthy, 2019). Although, further action will likely not be taken until the next presidential election, as noted by Duckworth (2020). Meat definition standards already exist in the U.S., but enforcement has been lacking as the Food and Drug Administration (FDA) has failed to enforce any action thus far (Duckworth, 2020). In Canada, the same trend is seen. Companies are supposed to comply with labelling standards and are to label their products as “simulated meat product” and “contains no meat” yet it does not appear on everything, as seen below on the Beyond Meat packaging. The Canadian Food Inspection Agency (CFIA) has a set of labelling guidelines for simulated meat and poultry items, but being that there is no requirement of the pre-approval of labels, company’s within the simulated meat industry tend not to follow them (Government of Canada, 2020). Complaints can be made on the CFIA website, though complaints to do with health and safety risks are given priority over labelling concerns (Duckworth, 2020).

It’s obvious the consumer wants options, and the agriculture industry can provide that. Whether it be through real meat or plant-based alternatives, all agriculture producers can benefit in some way from these competing industries. But, what meat producers cannot allow to happen is the mislabelling of a competing product to confuse the consumer. Canadian meat producers need to follow suit with the Americans’ ‘Real Meat Act’ and lobby their government to protect their industry and the reputation they have worked tirelessly to build. An Act that requires the banning of mislabelling simulated-meat products in Canada is necessary for the livelihood of the industry, and the trust of the consumer. 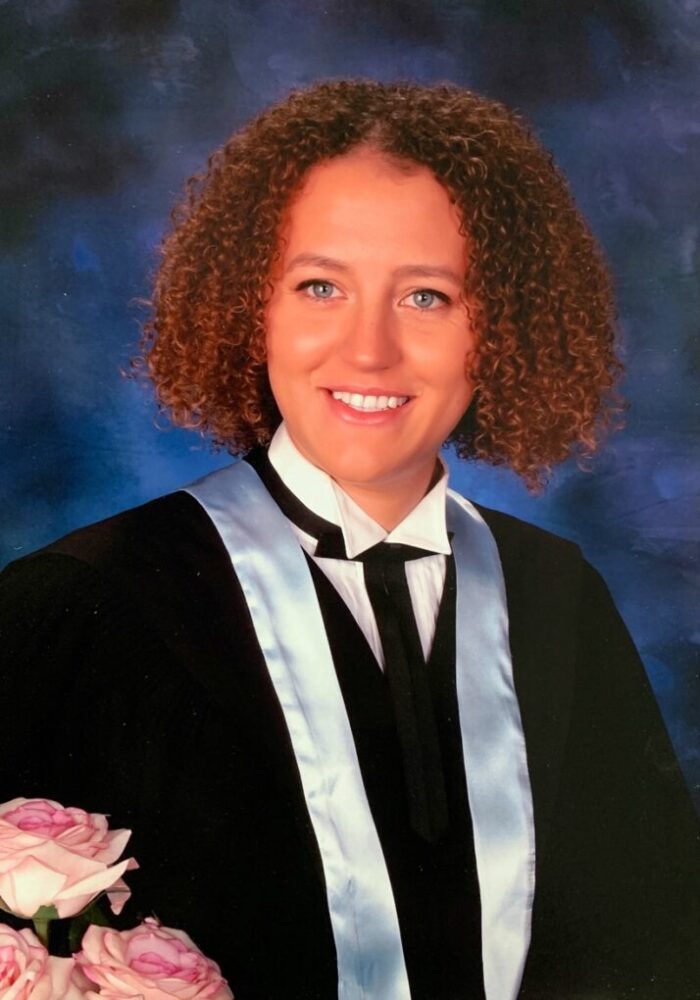 I currently ranch south of Prince Albert, SK, alongside my family, while also attending University classes online. We run about 400 head of Angus-cross-Hereford cattle. Earlier this year I graduated from the University of Saskatchewan with a B.Sc. Ag, majoring in Animal Science. Now, I am back at the U of S for one more year in order to get a diploma in Agriculture Business. I knew the College of Agriculture at the U of S was the right fit for me as I have always had a passion for agriculture, and it would allow me to stay close to home to help on the ranch when I can. In the future, I hope to attend veterinary school and begin practicing in Saskatchewan.