As of 2019, nearly 26% of the globe’s population “experienced hunger or did not have regular” access to safe and nutritious food (FAO, 2020). With increasing global populations and a changing climate, this number is estimated to surpass 840 million by 2030 (UN, n.d.). Plant breeding technologies have impacted global food security in positive ways. One of the major ways genetically modified (GM) crops can influence global food security is by adapting plants to the changing climate. Plant breeding can be utilized to develop crop plant varieties with a higher tolerance to environmental stresses such as heat, drought, and flooded conditions. For example, a rice variety developed by plant breeders in Bangladesh has been shown to survive flooded conditions for as long as two weeks, and common beans have been used to develop both heat and cold resistant varieties capable of being grown in both the Durango region of Mexico and the high altitudes of Columbia and Peru (Global Partnership Initiative for Plant Breeding Capacity Building [GIPD], n.d.). The climate is changing at a faster rate than crop plants can adapt, and few solutions to this issue exist. One key solution is the improvement of crop plant varieties through new plant breeding innovations. The evidence is clear that GM crop varieties are superior in performance under harsh conditions (GIPD, n.d.). However, these solutions are not utilized to their fullest extent due to intense scrutiny and rejection.

With an increase in the global population, food insecurity is predicted to rise. To compensate for population growth, food production must increase at a faster rate than it currently is today. Research shows plant breeding can address this concern. According to a 22-year study on the economic impact of GM crops, global production has increased substantially because of yield increased from GM crops (Brookes & Barfoot, 2020). Urbanization is reducing the area of arable land available for food production. Without the use of additional land to grow more food, an increase in yields on the land currently cultivated will be solely relied on to increase production. GM crops are one tool that can be used in improving production levels of food, when compared to conventional crops, by increasing yields.

Considering smallholder farmers make up 50% of the world’s undernourished (Qaim & Kouser, 2013), increasing the profit of smallholder farmers should have a net decrease in food insecurity in developing countries. Smallholder profits have also increased with the adoption of GM crops. Studies have found that GM crop varieties have improved yields substantially when compared to conventional crops. Most notably, the highest improvements in crop yield have been observed in developing countries, where food insecurity is the highest (Brookes & Barfoot, 2014). Since the study began in 1996, there has been a $225 billion increase in farmer income, as of 2018. A reduction in pesticide cost and improvement in yields is responsible for increased profit, primarily through insect-resistant varieties such as the newly commercialized Bt cowpea in Nigeria. An increase in farmer profit through GM crop cultivation is clear, especially in low-income countries. Yet, the very regions that could benefit most from these crops are the ones that reject them. More widespread commercialization of GM crop varieties has the impact to increase farmer profit, specifically smallholder profit, which makes up a generous portion of the world’s undernourished.

Micronutrient deficiency affects over 50% of the global population (Nestel et al., 2006). Large consumption of staple food products in developing countries such as rice, wheat, and corn with little variety can lead to nutritional deficiencies including deficiencies in vitamin A, iron, zinc, among others. Recently, a GM rice crop biofortified with beta-carotene (a vitamin A precursor) was approved for cultivation in the Philippines, called Golden Rice. Golden Rice has the potential to diminish the prevalence of micronutrient-related malnutrition, vitamin A deficiency. Golden Rice can combat vitamin A deficiency in high rice-consuming regions by allowing the consumption of beta-carotene without changing the taste or agronomic qualities of the rice while remaining at a comparable cost to conventional rice (IRRI, n.d.). Evidence does depict the capabilities of biofortification in a deficient diet.

My name is Mikaela Waldbauer. I grew up in the small town Fort Qu’Appelle, Saskatchewan. I am a fourth year Agronomy student at the University of Saskatchewan. My interest in food security piqued upon taking university classes pertaining to the very serious issue. Over the years I have learned of the abundant innovations and opportunities plant breeding can provide to the agriculture industry. I have worked over the summers in a number of positions including crop research and ag retail. My interest leans toward crop research, where the industry is consistently being innovated, and new revelations are being discovered. 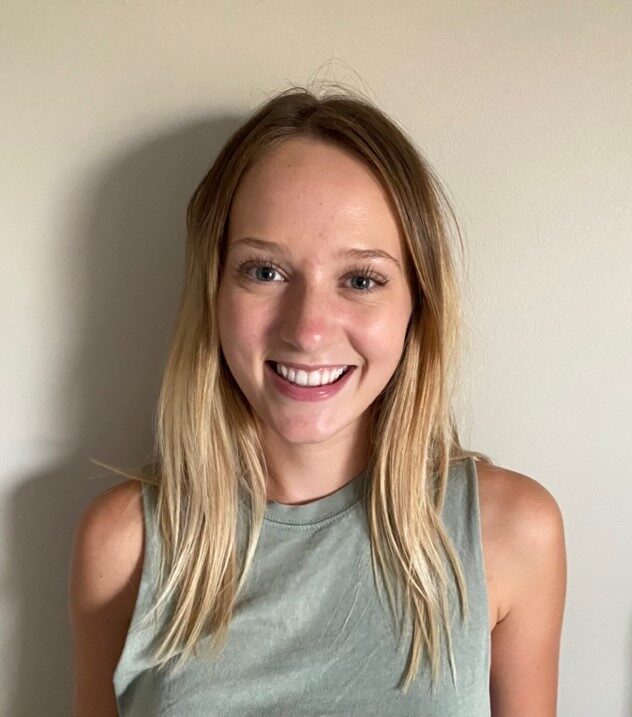