100+ Nobel Laureates call for an end to GM crop protesting

The Nobel Prize was established upon the death of scientist and inventor, Alfred Nobel, first awarded in 1901. Each year the Nobel Prize is awarded to leading scientists and individuals within physics, chemistry, medicine, economics, literature and peace.

On June 30th, 2016, a collective of Nobel Laureates (one-third of the living Laureates) released a letter calling on Greenpeace to end their opposition to biotechnology, GM crops and precision agriculture for the betterment of human life. This list has grown to 110 Laureates, most of whom are winners of the natural science prizes.

Greenpeace has been singled out for its inhuman opposition to Golden Rice, which provides a viable solution to vitamin A deficiency (VAD). VAD is estimated to affect 250 million people, 100 million of who are children under the age of 5. Sadly, each year 1-2 million individuals die from the potentially preventable VAD. It’s the leading cause of childhood blindness, affecting up to 500,000 annually, half of which die within the first year of developing VAD.

But why is Greenpeace opposed to GM?

The question becomes, why is Greenpeace (and other environmental organizations) opposed to GM crops, such as Golden Rice? Especially, when the technology is capable of improving the health of the weakest in society? Doesn’t Greenpeace think that saving the life of a child under the age of 5 is a benefit to humanity?

The answer to why Greenpeace is opposed to GM crops is a simple, money! Although Greenpeace will not admit to this, instead they state their opposition comes from the risks of “contaminating non ‘GE’ environments and future generations in an unforeseeable and uncontrollable way”. The fact that there hasn’t been a single environmental contamination in over 20 years of GM crop production hasn’t seemed to affect their opposition. So what is their solution to combating VAD without GM crops? They believe that farm and community gardens are the solutions. This “so called” solution has been available for decades, while the number of cases of VAD has constantly increased. Their opposition isn’t based on science, it’s based on the political influence opposing GM crops has given Greenpeace. Jay Bryne of Vfluence estimates that in 2015, Greenpeace and other environmental organizations spent in excess of $10 BILLION fighting, lobbying and protesting GM crops.

I think Greenpeace is no longer an organization concerned about the betterment of the environmental for humans or the sustainability of our planet, they’re now a for-profit environmental lobbyist organization, seeking political power. The Canadian government recognized this, revoking Greenpeace’s not-for-profit status in 1999 stating that Greenpeace’s actions provided “no public benefit”. Since then, New Zealand has followed Canada’s lead in 2010. In 2014, India blocked Greenpeace India from receiving foreign funding. 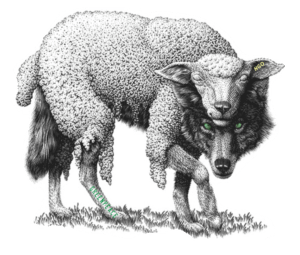 Given that Greenpeace is an acknowledged political lobbyist organization, its survival is directly tied to opposing GM crops. An opposition is so lucrative, that Greenpeace is unlikely to be able to afford to end its opposition to GM crops, even in the face of the most compelling evidence possible as it may financially cripple the organization if it had to accept that GM crops are beneficial.

It was Lord Acton who said in 1887, “Power tends to corrupt, and absolute power corrupts absolutely.” His words couldn’t be truer today. Greenpeace’s rabid quest for political power has thoroughly corrupted what was at one point in time a valuable environmental watchdog. Sadly today, the search for the next fundraising dollar is more valuable to Greenpeace than the life of a malnourished child in the developing world.

This is truly a travesty. Thankfully those that advocate for science, literature and peace have come out strongly in favour of GM crops, directing responsibility for unnecessary childhood blindness and death at those responsible for the continuation of this crime against humanity.