Genetically modified (GM) crops have been identified by many groups and organizations, including the Bill and Melinda Gates Foundation, as an important tool, essential in working towards reducing the global food insecurity and land supply problems. In spite of considerable negative media attention regarding the safety of GM crops, there have been positive agronomic and economic GM crop benefits.

Drs. Wilhelm Klümper and Matin Qaim of Georg-August-University in Goettingen, Germany, conducted a study of articles that have been published on GM crops. 147 studies published between 1995 and 2014 were analyzed for agronomics and/or economics impacts. To ensure for a wider sample of results, the authors included publications from academics, non-governmental organizations, governments and non-peer reviewed articles and journals. The authors argue that including publications that have not been peer reviewed is important as these publications also influence the public. Their analysis found conclusive evidence of positive impacts and effects from GM crops. 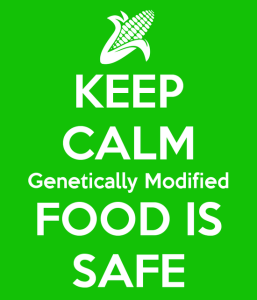 While science is able to verify the agronomic and economic benefits of GM crops, consumers, society and social media still dispute that GM crops benefit farmers in developing countries or don’t trust that GM crops and foods are safe. Are scientists so poor at communicating the benefits of technologies to society that the public misses hearing about them? Are environmental groups like Greenpeace, who are highly skilled in using social media, better able to communicate their messages of concern and fear about GM crops? Is it that our lives are so busy, that most of us simply don’t have time to pay attention to these issues unless they personally affect us?

Research conducted by academics and scientists is peer reviewed by journals prior to publication to ensure that there is no misrepresentation of results that could result in an article being biased in favour of GM crops or food safety. The American Association for the Advancement of Science (AAAS) recently reported that 88% of their scientific members believe that GM foods are safe. Regrettably only 37% of the public polled by the AAAS, felt that GM foods are generally safe. This gap of 51% demonstrates that consumers and society have a lack of trust in science and agricultural food innovations.

GM crop technologies and innovations will need to be part of the strategy to feed 9 billion people.  Increased production on marginal land in developing countries is needed to improve global living standards. Clearly, science and agriculture need to work together and also, more effectively, to inform consumers and social media about the on-farm benefits and safety of GM crops.

Our question to the readers of SAIFood is how can science work to build better relations and trust with consumers? What would you as a consumer like to see change?