What are the costs of not adopting the best food producing technologies?

The ability to quantify a choice that is not made is not an easy thing to do, especially when the choices are government decisions that are not made. For many policy decisions, a cost-benefit analysis is performed to compare and sum the benefits to the costs based on a particular decision. For this analysis, some decisions are easier to make, such as having the choice to invest $1,000 in one of two investment options. We can always compare the return of the alternative option to determine if our decision was the one that provided the higher return. However, if a person had two job offers, it isn’t easy to determine what the outcome could have been from the alternative option. When an analysis is done before a decision is made, depending on the scenario to weigh the costs and benefits, a number of assumptions need to be made. Whereas a post-decision analysis will be more precise, but only for the affirmative, as fewer assumptions are needed. This is the same for government policy decisions.

Weighing the cost and benefits of biotech approval

All decisions come at a cost

Over the past 20 years, academics have analyzed the yield effects following the adoption of GM crops, in every market that they have been commercialized into (as part of their research to assess the benefits and the costs of the technology). The collection of results is virtually universal in their conclusions, GM crops increase yields. While the effects of bans on GM crops have had devastating effects on human health and nutrition since the turn of the millennium, countries are increasingly starting to make food security decisions based on their own agricultural capabilities and are approving GM crops for food production. The adoption of GM crops by food insecure countries includes the benefits:

The decision when GM’s benefits > costs

Moving forward, policies may need to pay more attention to the evidence of scientific benefits rather than the assumed or potential costs, which are rooted in doubts about the science. Future improvements in food security will rely on the use and adoption of innovative technologies, which will need governmental approval. Industrial adopting countries will experience higher yields and reduced chemical use, under the continued approval of GM crops. We have already seen the benefits in food insecure countries, with their higher yields and reduced food insecurity since taking affirmative action on GM and biotech approval. This isn’t taking into consideration that calculating the benefits of less malnourishment and starvation is virtually impossible, it’s a priceless benefit, not a cost. 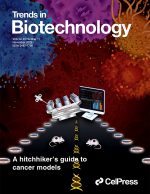 For this research, I was fortunate to be able to collaborate with Robert Paarlberg, who is a distinguished political scientist and faculty member at Wellesley College at Harvard University.

The full article “The cost of not adopting new agricultural food biotechnologies” is available at: https://www.sciencedirect.com/science/article/pii/S0167779922002402

[1] The USA rooted much of their decision on the benefits of science, environmental concerns, food security, and agricultural profitability. The EU based its decisions on a rigid application of the Precautionary Principle, which advocates that if perfect certainty of no harms occurring cannot be provided, then it is acceptable to reject the innovation. The EU decided the potential for harms to be greater than the expected benefits.